What is Klamath Falls known for? Is it waterfalls? 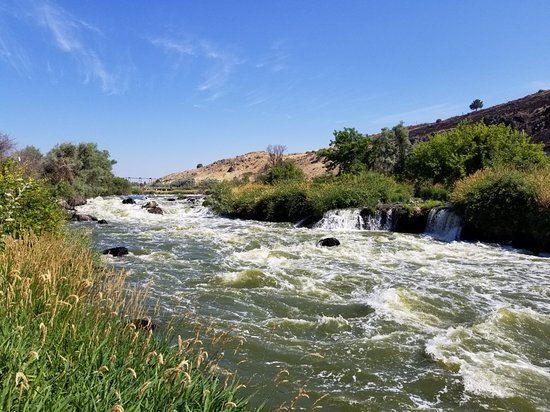 Klamath Falls is well known as the gateway to Crater Lake National Park but the history of Klamath Falls started during the 1800s with the westward migration on the Oregon Trail which led to a settlement in the Klamath Basin. The remote area was eventually well known for its forests and rangeland and after the Southern Pacific Railroad arrived in the early 1900s, the City began to grow at a rapid rate. Nowadays, the Klamath Basin is still fairly remote but there are many top cities near Klamath Falls and with nearby Crater Lake National Park and the plentiful forests of the Pacific Northwest, Klamath Falls offers an array of outdoor recreation.

Are there waterfalls in Klamath Falls?

There are not traditional waterfalls in the City of Klamath Falls. While there are the Klamath Falls rapids, the City's name comes mostly from a rich history of the first inhabitants of the area. Klamath Falls was originally named Linkville after the nearby Link River. About 25 years after its founding, the name was changed to Klamath Falls with the 'Klamath' portion of the name that may come from the first known inhabitants in the area, the Klamath and Modoc people. The Klamath name for the Link River translated to "where the falling waters rush" which eventually led to the "Falls" portion of the City's name.

The Klamath Falls rapids are definitely worth visiting but with the City's remote location, there are also many nearby and beautiful waterfalls near Klamath Falls. The top waterfalls to visit in the area include Clearwater Falls, Watson Falls, Duwee Falls, and the unique Toketee Falls. While Klamath Falls is the closest City to Oregon's only national park, you can even make a trip to see multiple stunning waterfalls within Crater Lake National Park. Waterfalls are just one of the many things to see near Klamath Falls, Oregon.

Top things to do in Klamath Falls, Oregon

The Klamath falls rapids and nearby waterfalls are just a few of the many things to do in Klamath Falls. With 300 days of sunshine, the forests offer an abundance of outdoor activities all year round. From hiking and water sports in the summer to winter sports like snowmobiling or skiing and snowboarding in the Cascade mountains.