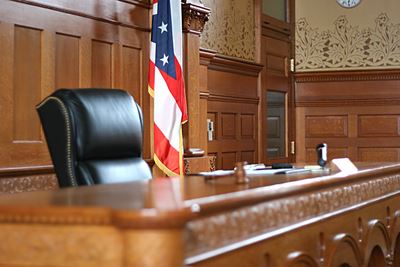 Klamath Falls Municipal Court handles City code offenses and traffic citations issued by City police and Code Enforcement officers. Approximately 3,200 such cases are filed in the Municipal Court annually together with some 4,000 parking citations. Annual revenues and are divided among the State, the County, police training, downtown parking district, and the City's General Fund.

The Municipal Court Judge is appointed by the City Council pursuant to the City Charter. Court appearances are scheduled for Thursday mornings at 9 a.m. in the Court Chambers at 500 Klamath Avenue. Spanish Court is held the first Wednesday of each month at 9 a.m. Please note court check-in starts at 8 a.m. and court appearances begin at 9 a.m.

Accommodations have been made to better economically serve the community with a night court. Trial times and night court are set by Municipal Court staff; you will need to check with court staff to see what options you may qualify for. All check-ins for arraignments or trials take place with a Municipal Court Clerk upstairs upon entering the building. Once you have checked in you will be directed downstairs to the Courtroom. Please check your citation for the date and time of your court appearance and your trial notice for the date and time of your trial.

Municipal Court also handles parking, traffic and city ordinance citations issued by officers of the Klamath Falls Police Department and Parking Enforcement Officer. Most citations can be handled at the clerks' counter.

Persons who want to see if they qualify for the Violations Bureau process either need to call or come to the Municipal Court to check on this and they will be instructed on how the citation can be handled. This must be done before the scheduled court appearance date.

Trials are scheduled upon a plea of "Not Guilty," or as ordered by the court, and are normally scheduled within 4 to 6 weeks of entering your plea.